Once I had settled on the design of my knife the next task was to turn it from bar stock into a blank ready for heat treatment, I was given a disc/belt grinder sander combo and was looking for a place I could set it up as I do not have the space at home. Then Mark arranged for us to interview Ben and Lois Orford at their workshop in Herefordshire, so I brought my bit of steel along just in case we had some time to play in the workshop. 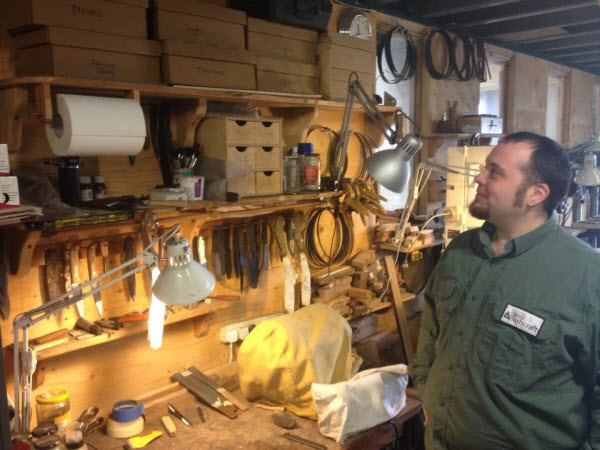 As it so happened we had some time after lunch and with Ben’s guidance I set about trimming the stock close to shape using a band saw, which after tweaking the design a few times since I first drew it on was a big step as once you take the material off you cannot put it back on. A few minutes later I was holding a crudely shaped version of my knife, next was to refine it using various grits on the radius master grinder. 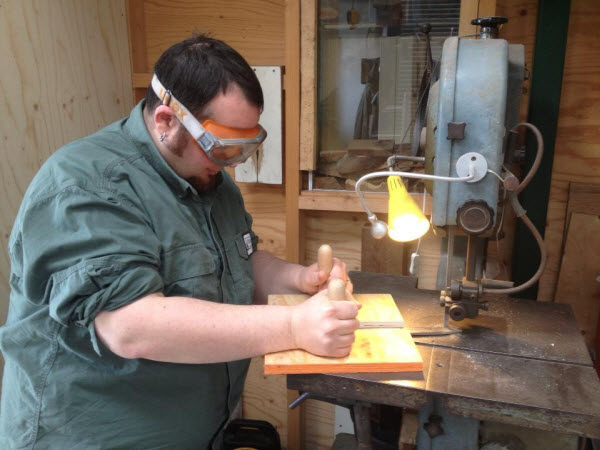 This was actually a therapeutic process watching the curves form and blending them together, all the time paying attention to make sure I did not catch my knuckles on the belts whizzing by. This was the first knife blank to be ground out on the grinders in the new extension to Ben’s workshop, perhaps we should have cut a ribbon and declared the extension officially open first? 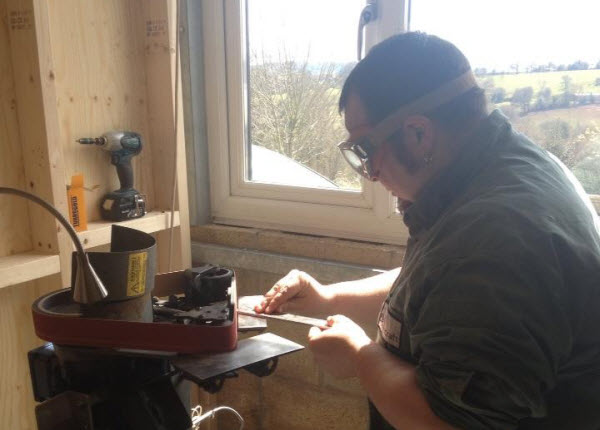 Next up was a mini masterclass on where to drill the holes for fixing the scales and lanyard tube, we also scribed the bevel markings at the same time. I was thinking of tapering the tang to keep the weight down in the handle but after drilling some holes for the epoxy to bond through, I found that the handle was light enough. Which will make things easier in the later stages of creating this knife. 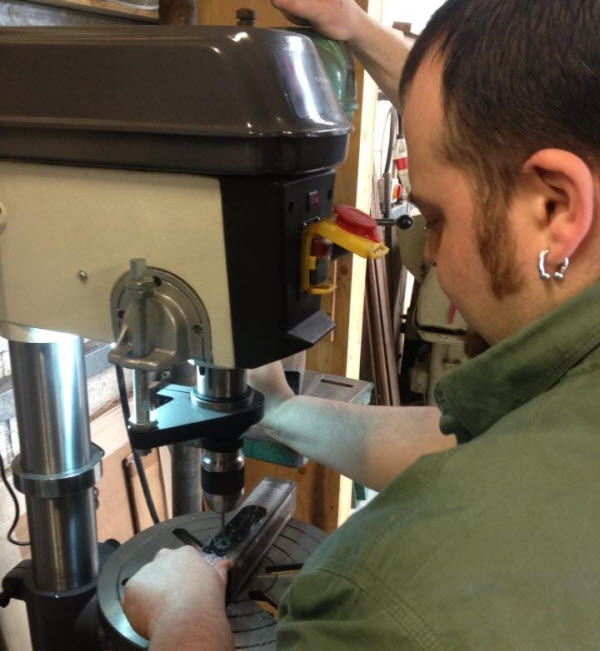 The final thing of this stage was to grind the bevel, Ben made a few passes to show me the technique then handed the knife to me. I made a few passes and then checked to see how much material was removed, it was a case of trying to maintain the same angle each pass and making sure you work to the scribed lines. I do not think I did a bad job for my first time and Ben kindly tidied up the bevels to give them a smoother finish. 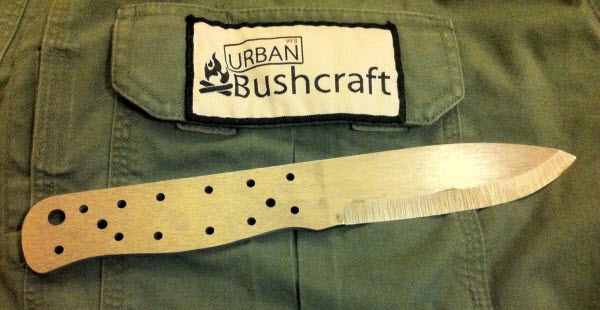 The next step will be to heat-treat my blade.

This entry was posted in Cutting Tools, Projects. Bookmark the permalink.