While on a train checking Facebook on my phone when I saw on the Victorinox page a wood carving event with John Hollerbach at the London flagship store, I was straight on the phone to book a place for me and my wife. The cost of the event was £10 and included a Victorinox goody bag, I was sold at wood carving event in London.

On the day of the event I was at the store 30 minutes early, luckily there is a nice display of Swiss Army Knives in the window to keep me occupied which helped the time fly by. When the store opened up we were welcomed warmly by the staff and invited to explore the store. I liked the artwork around the stair case, a 3 story high arrangement of Spartan model knives. There was also some nice schematic drawings of the original knife around the place, if they were for sale I would consider purchasing one. 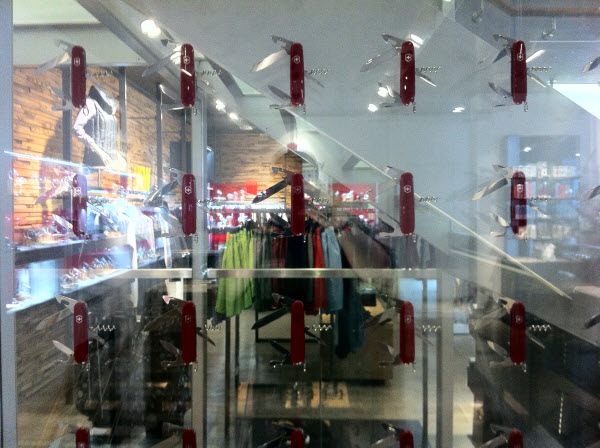 We browsed around the Victorinox products on display, in particular I liked the fragrances section. I have had samples of some of the fragrances in the past and I am rather fond of Forest, the smell reminds me of being in the woods.

Finally we reached the basement where the event was taking place and also where the range of knives is located, I have had Victorinox in my bag for the past 10 years and to see the entire range displayed on the wall was an amazing sight. I even think I have my next 3 knives picked out, each one for a particular purpose.

It was then time for the workshop to begin and we took our seats, Pedro the store manager introduced himself and John to the group. We were then given our goody bags, which included: 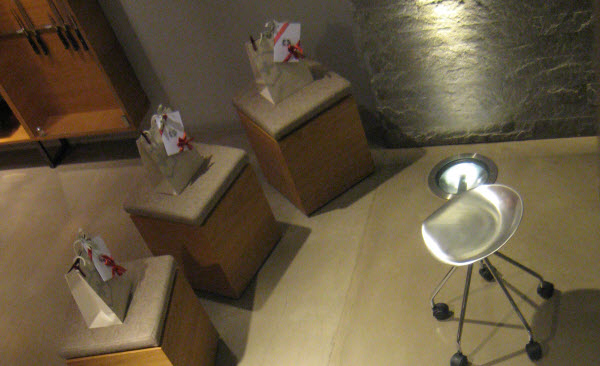 Disclaimer forms signed and knives ready we were given a piece of wood to practise on while John demonstrated a few different cuts that we would be using, we were then given a piece of Jelutong each which had the bowl of the spoon already carved out. Taking inspiration from the wall of Spartan Knives I took my pencil and drew out a simple spoon design with a Victorinox logo at the end of the handle. 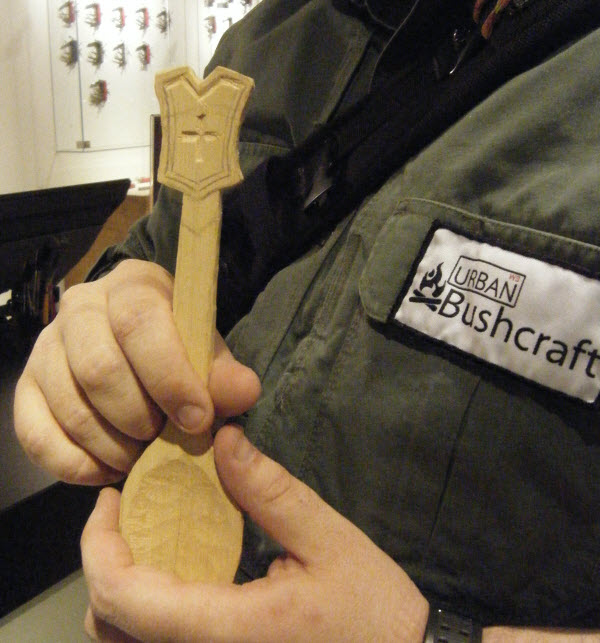 The time flew by carving, helping my wife and watching the spoons come to life. All too soon we reached the end of the session and only one plaster was required. We were then taken to the engraving machine to have our knives personalised, I had my name and a smiley face put on mine while my wife put the date on hers.

My wife enjoyed herself more than she expected to and even with some experience of wood carving with the Scouts I found the event very enjoyable as well as being very informative, I would highly recommend attending in the future if more wood carving events are arranged.

I will be heading back to the store to assemble my own Spartan knife in the future.

This entry was posted in Cutting Tools, Products, Projects. Bookmark the permalink.